Researchers working with mammalian cells to develop gene therapy products do so from a frozen stock of cells that are thawed in aliquots and passaged several times. The passage number refers to the number of transfers from vessel to vessel.

Over time, this may impact cell characteristics including:

The Celigo Image Cytometer performs cell proliferation assays to identify issues and differences between culture passages that impact the consistency and predictability for downstream assays. 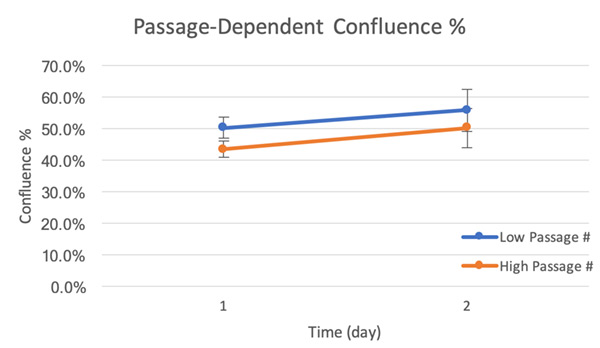 According to the American Type Culture Collection, “Preventing passage-related effects from influencing experiments becomes a matter of determining the passage number range under which a set of experiments can be consistently performed for a given cell line.”