The Celigo Image Cytometer can be used to count and analyze fluorescent or colorimetric foci.  The foci are generated when the target virus do not induce lysing of the host cells.  These foci can be detected by using fluorescent viral particles, fluorescent immunostaining, and immunostaining with horse radish peroxidase (HRP). These foci images are typically captured manually using a fluorescent microscope and analyzed using an external image analysis software such as ImageJ.

In this work, the GFP-expressing influenza virus was grown under an overlay of methylcellulose and media, thus enabling the formation of tight fluorescent foci.  The viral solutions were diluted from 300 ffu/well to 4.7 ffu/well in 2-fold dilutions, where a negative control was also prepared without any virus.  The Vero cells were infected with the GFP-expressing influenza virus for 31 hours and fixed before image cytometric analysis. 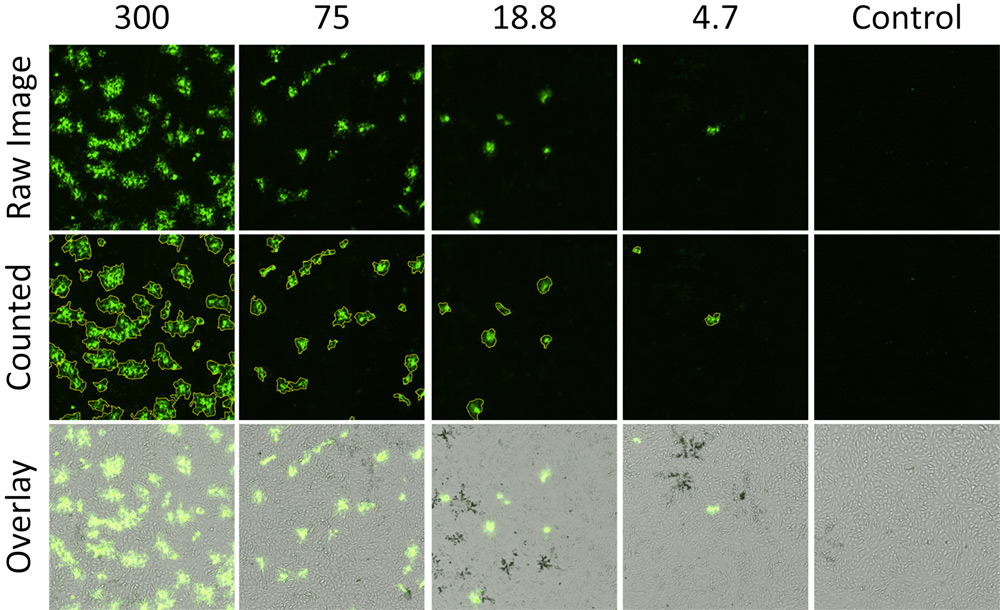 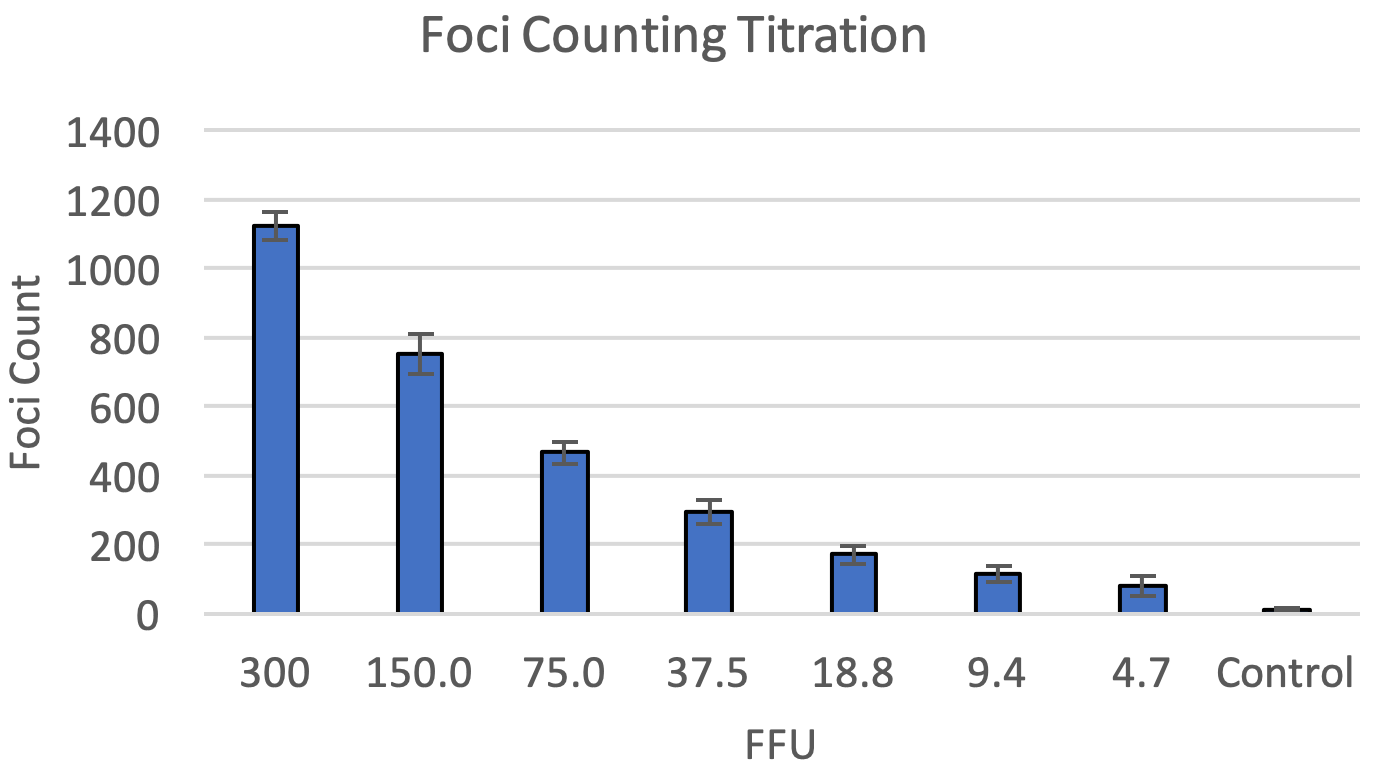 Science in the Time of COVID-19: Drug Repurposing

Webinar on Demand: A Modern Approach to Traditional Virology Research

Is Your Lab Using High-throughput Image Cytometry to Expedite Viral Assay Development and Research of SARS-CoV-2?