Abstract
Three-dimensional tumor spheroid models have been increasingly used to investigate and characterize cancer drug compounds. Previously, the Celigo image cytometer has demonstrated its utility in a high-throughput screening manner for evaluating potential drug candidates in a 3D multicellular tumor spheroid (MCTS) primary screen. In addition, we have developed real-time kinetic caspase 3/7 apoptosis and propidium iodide viability 3D MCTS assays, both of which can be used in a secondary screen to better characterize the hit compounds. In this work, we monitored the kinetic apoptotic and cytotoxic effects of 14 compounds in 3D MCTS produced from the glioblastoma cell line U87MG in 384-well plates for 9 days. The kinetic results allowed the categorization of the effects from 14 drug compounds into early and late cytotoxic, apoptotic, cytostatic, and no effects. The real-time apoptosis and viability screening method can serve as an improved secondary screen to better understand the mechanism of action of these potential drug candidates identified from the primary screen, allowing one to identify a more qualified drug candidate and streamline the drug discovery process of research and development. 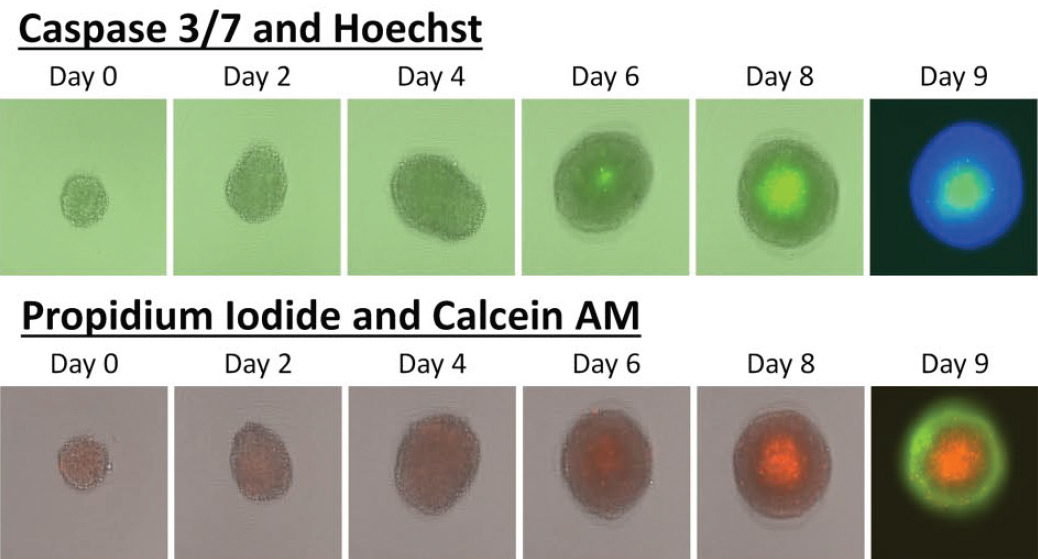