Is your trypan blue rupturing dead or dying immune cells leading to an over-estimation of cell viability?

Why is cell viability measurement important?

In the recent decade, cellular therapy has become one of the main methods for treating various cancer diseases. The ultimate goal is to retrieve the immune cells (i.e. T cells, NK cells) and genetically modify them to recognize and eliminate the cancer cells in patients. Therefore, it is critical to accurately measure cell viability, otherwise may lead to inefficacy or induce unwanted autoimmune responses in patients undergoing therapeutic treatments (1-3). 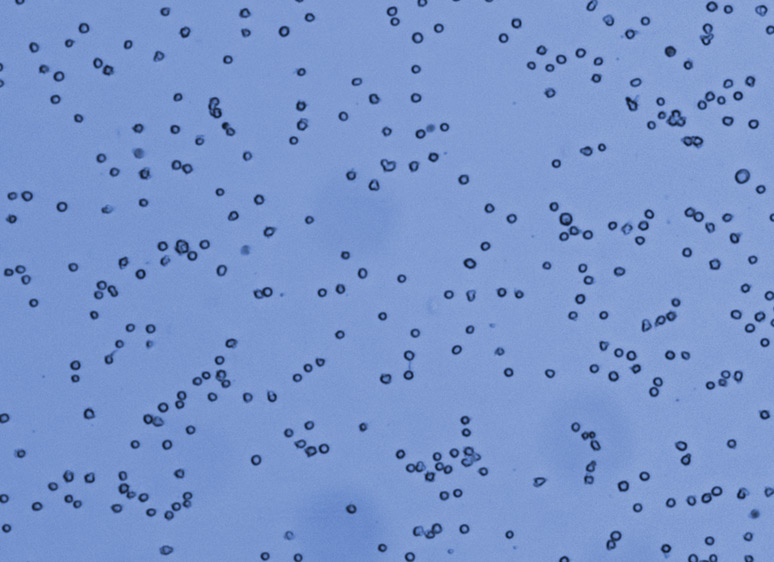 The U.S. Congress has also recognized the importance of cell counting and cell viability measurement standards in the 21st Century Cure Act for cell and gene therapy.  On March 31, 2014, the U.S. Food and Drug Administration (FDA) hosted a workshop entitled “Synergizing Efforts in Standards Development for Cellular Therapies and Regenerative Medicine Products”.  With the inclusion of the National Institute of Standards and Technology (NIST) and other stakeholders, cell counting and viability measurement assurance were identified as important standards for improving the quality of cell therapy products (4).

What is trypan blue?

Trypan blue is an azo dye (m.w. 960 Da) that has been used for cell viability measurements for over a century (5,6). It can concentrate in membrane-compromised dead or dying cells, but is excluded from membrane-impermeable live cells (7,8).  Although  many issues have been documented for trypan blue, such as protein aggregation (9-11), limited counting time window (12), and inaccurate measurement when viability is less than 80% (13-15), it remains the go-to viability dye.

Since 2012, we have published three articles detailing cell counting issues with trypan blue staining. The first publication demonstrated that bright field counting with trypan blue can over-count live peripheral blood mononuclear cells (16). The second publication quantitatively showed that trypan blue can transforming dead cells to dim and diffuse shapes for Jurkat cells and primary mouse splenocytes, which caused over-estimation of viability when cell viability falls below 80% (15).  We have further investigated the formation of the diffuse objects in the third article that was recently published (17).

What are these dim and diffuse objects formed after trypan blue staining?

Traditionally, these diffuse objects are difficult to see in microscopy images, causing researchers to under-count dead cells and over-estimate viability. In contrast, the optical components in the Cellometer instruments are able to clearly image the dim and diffuse objects in Jurkat, mouse splenocytes, and human PBMCs.

In this work, we recorded the interaction between trypan blue and cells in real-time to prove the rupturing of cells changing to the diffuse objects.  With the use of fluorescent viability dye (propidium iodide, PI) that stained the nuclei of membrane-compromised dead cells, we demonstrated that these diffuse objects contained a nucleus.

Finally, we hypothesized that increase in osmotic pressure led to the rupturing of the dead or dying immune cells.  This hypothesis was tested by changing the buffer concentrations and quantifying the size and color change of the trypan blue stained cells.

The visual and quantitation evidence recorded in these experiments revealed that trypan blue can induce the formation of these diffuse objects and ultimately leads to over-estimation of viability, which may have significant effects for downstream cellular therapy assays.

We showed that a 2-day-old Jurkat cell sample (stored in the fridge for 2 days) stained with trypan blue displayed 3 distinct morphological populations (Figure 1) in the bright field images captured by Cellometer AutoT4.

In addition, we have observed the increase in the diffuse objects after staining Jurkat cells, mouse splenocytes, and human PBMCs with trypan blue when cells were collected at different time points during fridge storage (Figure 2). Interestingly, Jurkat cells stained with PI did not exhibit the same morphological changes. 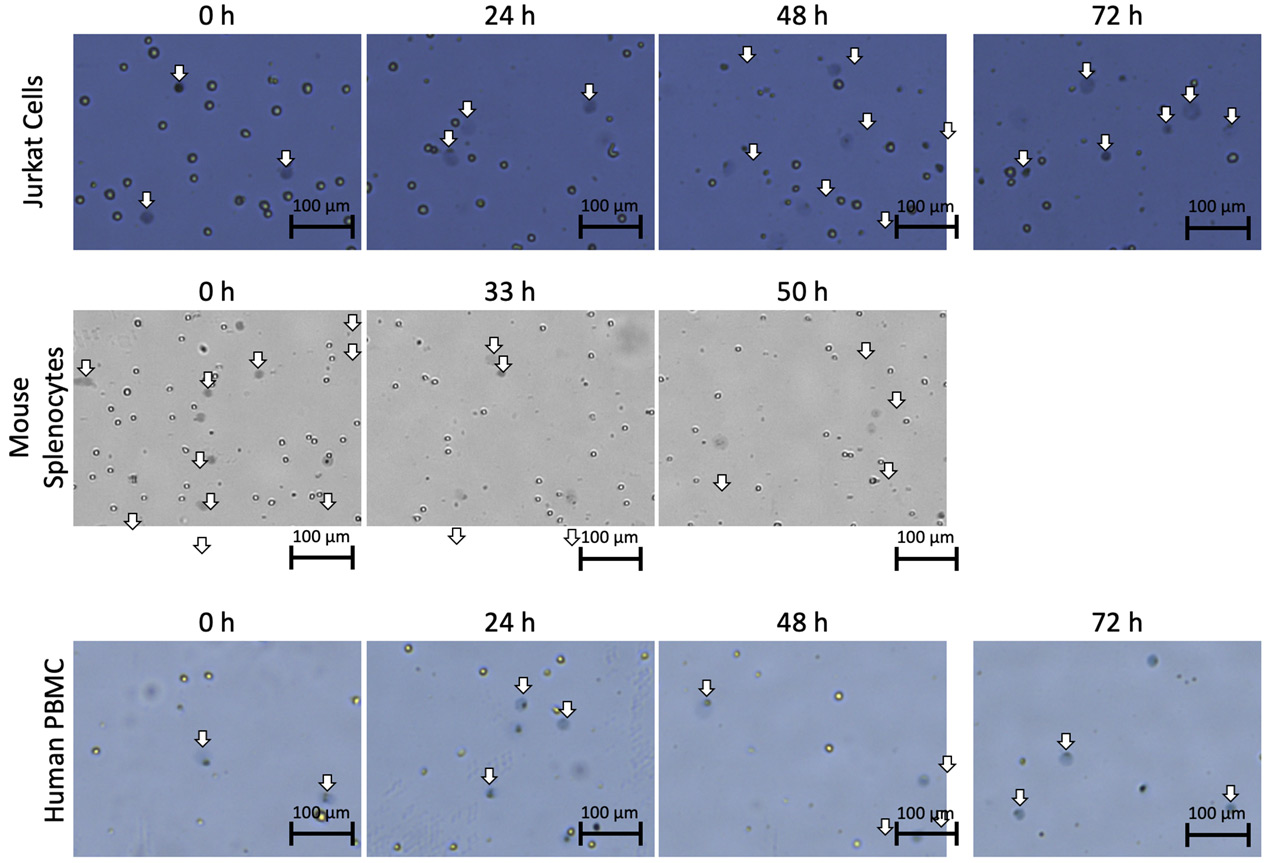 In order to video capture the staining process of trypan blue, we setup a stage with the CHT4 cell counting chamber to allow slow diffusion of trypan blue into the chamber (Figure 3).  First, the chamber was filled with 20 µL of 2-day old Jurkat cells.  Next, one of the air release ports was taped over with scotch tape to prevent movement of liquid.  Finally, a droplet of 10 µL of trypan blue was pipetted to the other air release port.  The Cellometer AutoT4 was then used to capture images and videos at the specific location on the cell counting chamber (Video 1).

In the first captured video, we observed that as trypan blue diffused across the screen from bottom to top, it changed the dead or dying cells to large diffuse objects within 45 seconds after interacting with the trypan blue.  The next video showed trypan blue diffusing from top to bottom, and showed cell rupturing within ~2 seconds and disappearing toward the end.   In the video, some dead cells were rendered dark and compact, while others changed to dim and diffuse. 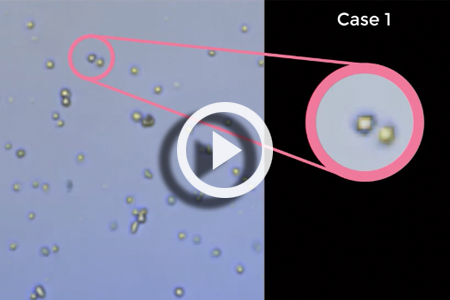 To prove that the dim and diffuse objects were actually dead cells, we used propidium iodide (PI) to stain the nuclei of the cells.  If PI fluorescence did not exist, it indicated there was no DNA materials in the object.  We stained the 2-day old Jurkat cells with both trypan blue and PI, which showed an overlap between the PI fluorescent signal and trypan blue positive objects, indicating that the diffuse trypan blue stained objects were in fact dead cells (Figure 4a). Merged bright field and red fluorescence images show that PI-positive cells retained a compact appearance and did not appear to exhibit the diffuse morphology of trypan blue positive cells (Figure 4b), which suggests that PI does not have the same morphological effects as trypan blue. 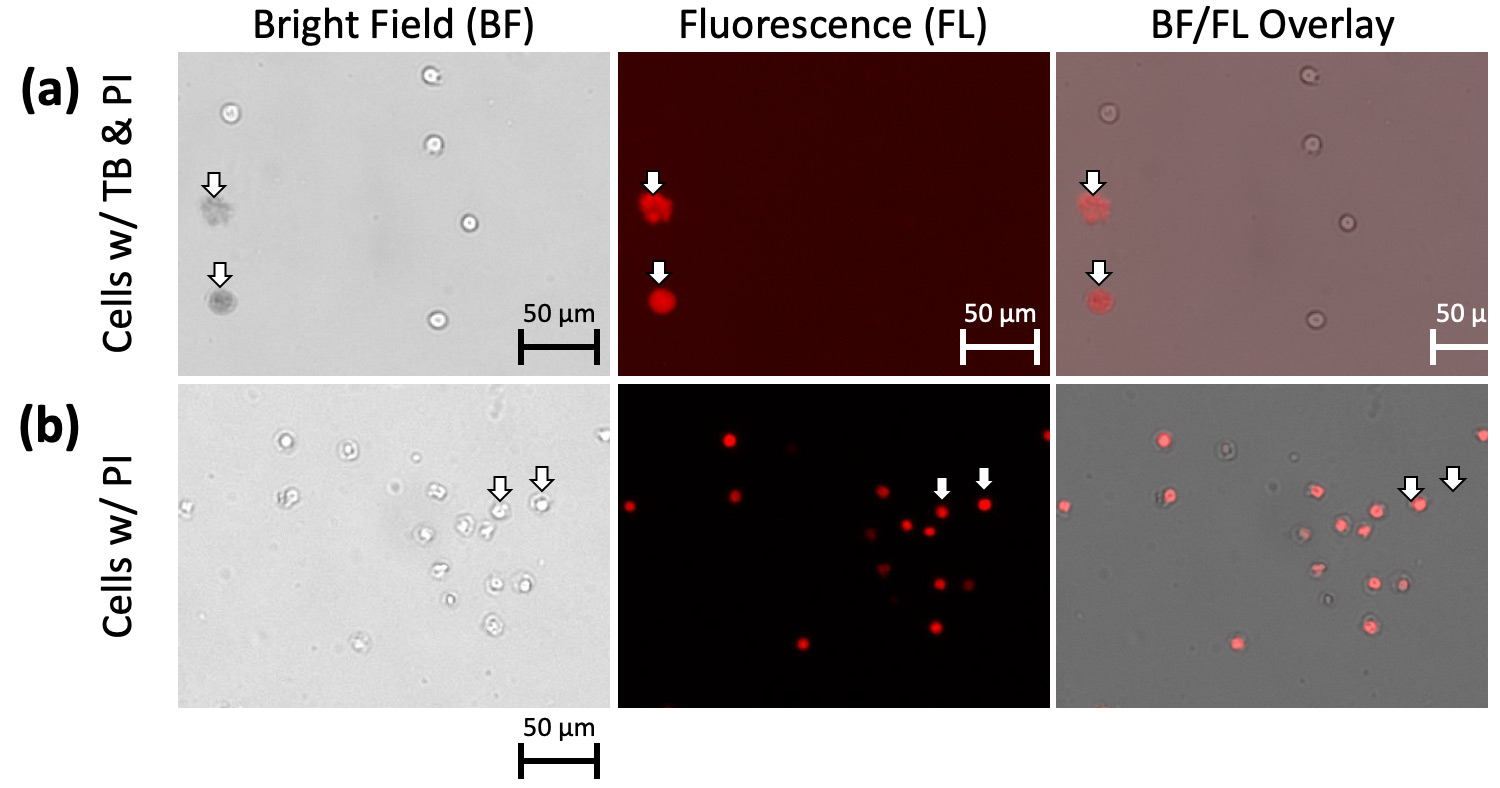 We believe that cell rupturing may be due to a higher osmotic pressure causing rapid influx of water. Different PBS concentrations had obvious effects on trypan blue staining (Fig 5a).  The 2-day old Jurkat cells were resuspended in different concentrations of PBS from 0.25X to 10X.  The 0.25X PBS led to increases in the number and size of ruptured cells. The cells incubated in 1X to 6X PBS showed similar diffuse morphology, but with increasing darkness. The 8X and 10X PBS formed precipitation, presumably due to high salt concentration (18).  The resulting images did show reduced the number and size of ruptured cells, with a significant increase in darkness.  The PBS concentration-dependent light intensity measurement showed a reduction in light intensity as the PBS concentration increased (Fig 5b), which strongly indicated that cells ruptured due to water influx during trypan blue staining. 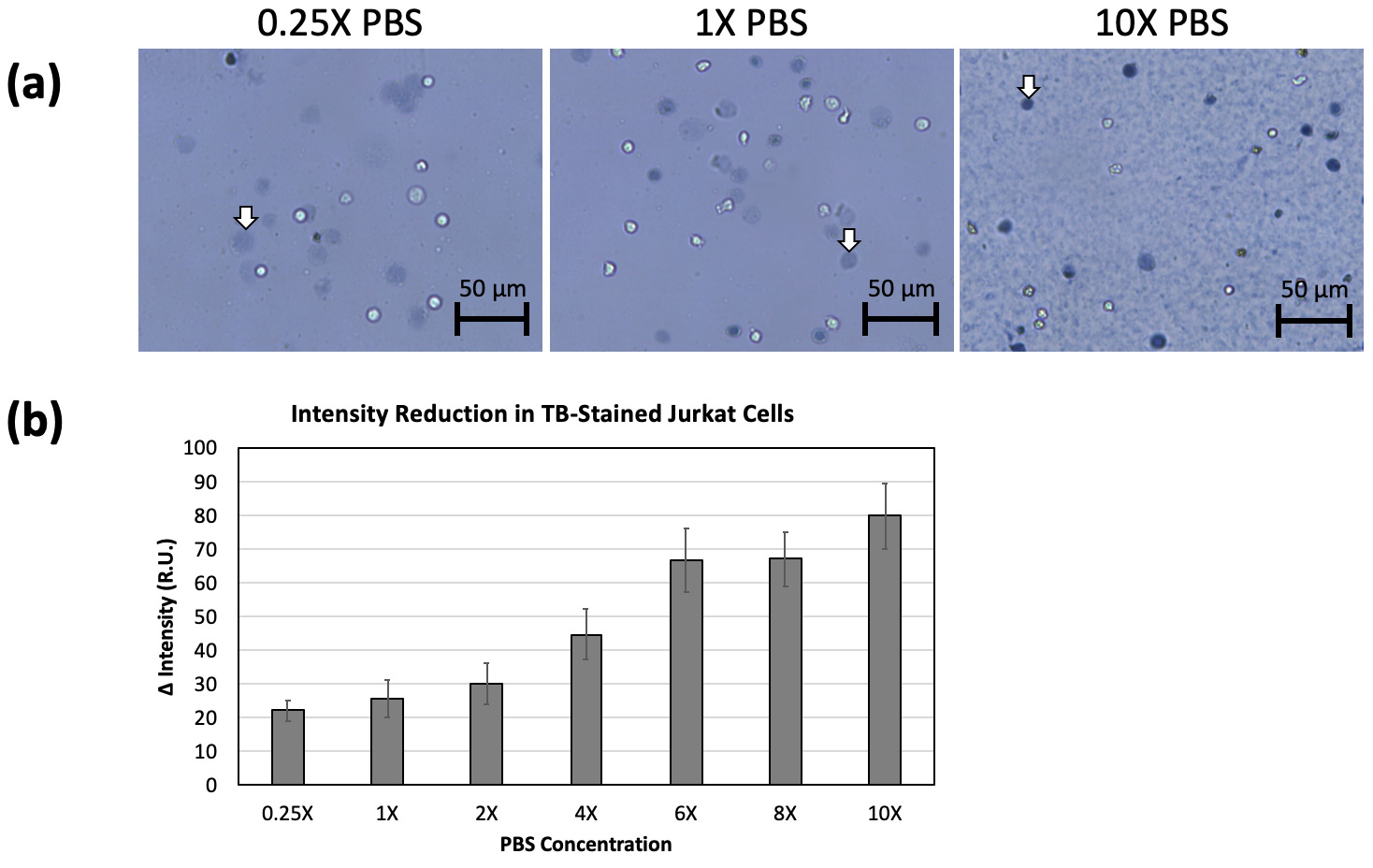 The staining of cells with trypan blue  may rapidly increase the number of negatively charged residues on cytoplasmic proteins (8,19), which attracted more positively charged ions such as sodium, leading to high water influx and ruptured the already fragile cell membrane and cytoskeleton (3,20-22).

Heat-killed dead cells are not ruptured by trypan blue

Interestingly, the heat-killed Jurkat cells stained with trypan blue did not exhibit diffused morphology (15,23). In the video, the heat-killed cells did not rupture by trypan blue staining (Video 2), which may be caused by the denaturing of membrane proteins during boiling, resulting in cell membrane hardening that can withstand the influx of trypan blue and water (24,25).  Trypan blue appeared to enter the dead cells and increase the darkness without rupturing the membranes, where cell size only increased less than 1 µm. The final still images showed no expansion of trypan blue stained cells (Figure 6).

Since the approval of two chimeric antigen receptor (CAR) T cell therapies by the FDA (26) in 2017, cellular therapies have become important cancer treatments due to their high efficacy.  Accurate cell counting and viability (FDA recommendation of greater than 70% viability for cellular therapy products (27)) is required to ensure proper dosages are administered and minimize the risk of an autoimmune response (1,2).   We hypothesize that transferring a large amount of dead cells to the patients may pose potential side effects such as cytokine release syndrome (28).

It is important for biologists to select the most accurate cell counting method that is fit-for-purpose, especially for cellular therapy products such as CAR T, where cell number and viability significantly affect treatment efficacy. Cells that rupture during trypan blue staining are difficult to see under bright field imaging and can be under-counted, leading to an over-estimation of cell viability. We suggest using fluorescent nuclear staining methods that may estimate cell viability more accurately (15,16,23,29-31). 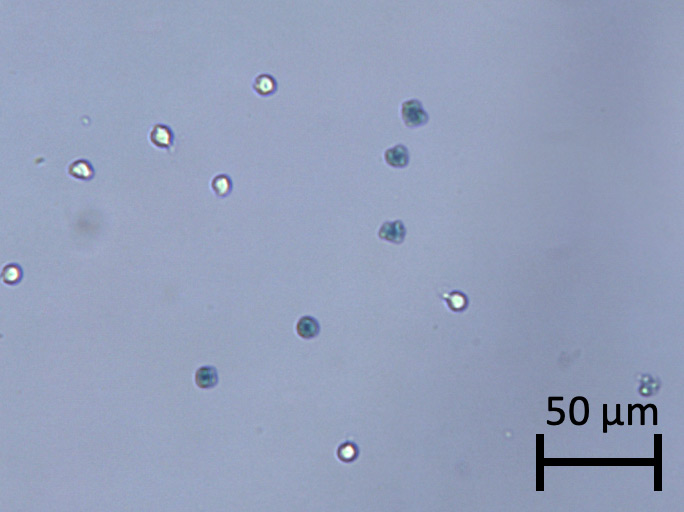 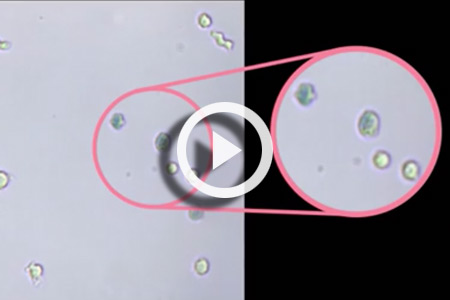