Chimeric antigen receptor (CAR-T) therapy focuses on generating a genetically modified human t-cell that can directly bind to, and attack cancer cells. The CAR-T cell is comprised of a tumor-specific, antigen-binding domain that is fused to the genetically engineered activating motif. Once expressed on the cell surface the t-cell can target and attack cancer-specific cells.

By labeling the target tumor cells with non-toxic, non-radioactive calcein AM, we can monitor the killing of the tumor cells by CAR-T cells. While live target cancer cells will be labeled by a green calcein AM, the dead cells cannot retain the green dye and therefore will release it into the surrounding media. Alternatively, target tumor cells can be stained with membrane-bound CFSE dye at the start of the experiment and counterstained for viability with PI. This staining strategy allows for the detection of dead (CFSE pos+PI+) target cells and dead (CFSE neg+PI+) CAR-T cells.

The cytotoxicity % is calculated by the equation below. 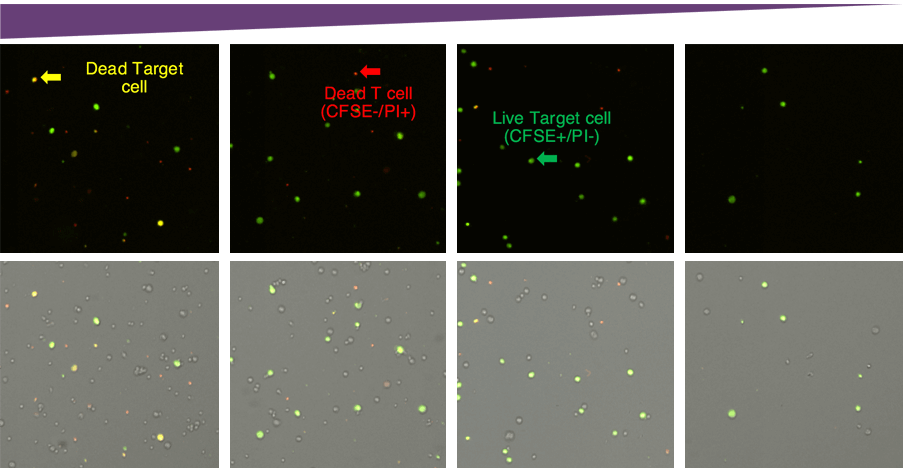 At the endpoint, we observed an E:T ratio dependent increase in measured cytotoxicity percentage.