Cell cycle analysis is often used for the screening of compounds that affect cell growth and proliferation. The Celigo cell imaging cytometer allows users to conduct cell cycle analysis on adherent cells using assays typically developed for flow cytometry. The flexible gating interface of the Celigo software is used to identify and quantify populations of cells in each phase of the cell cycle. This analysis can be conducted using a single dye such as DAPI or using a second marker for DNA synthesis such as a BrdU stain. It has the potential to be multiplexed with a marker for mitosis such as histone H3 phosphorylation. 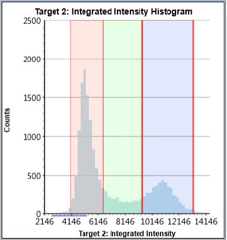 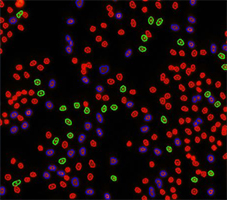 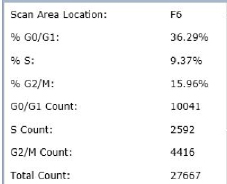 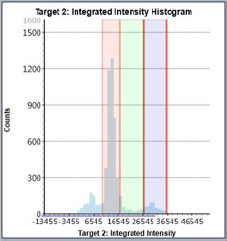 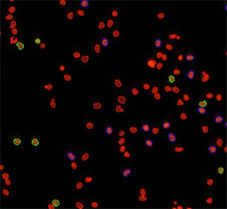 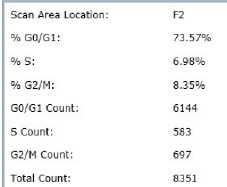 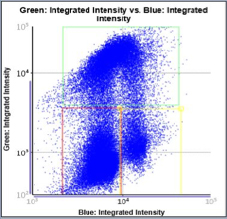 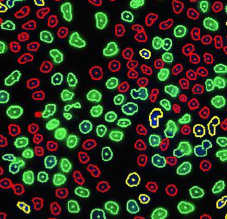 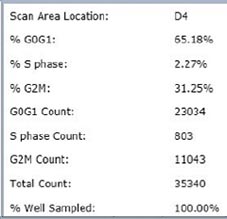 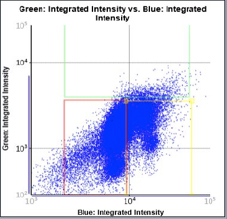 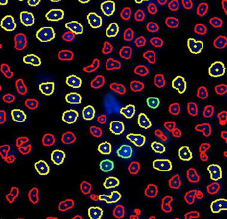 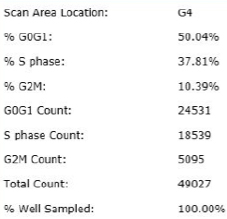 Typical images and nuclear identification should look as follow: 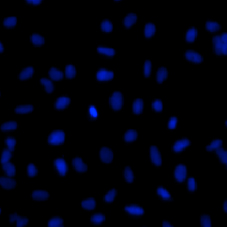 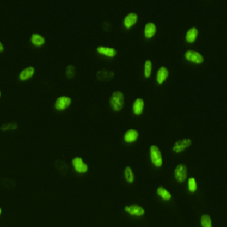 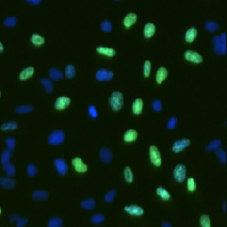 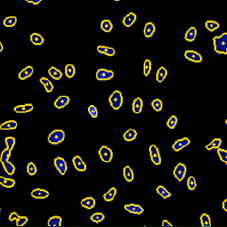 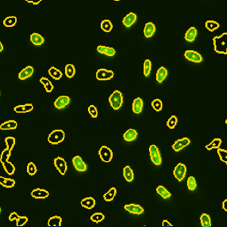 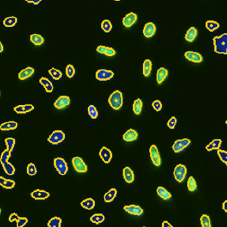 Step 1. Place the 3 gates as follows and cells will be color-identified on the image: 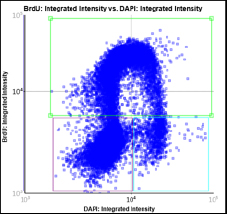 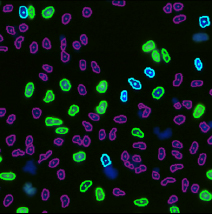 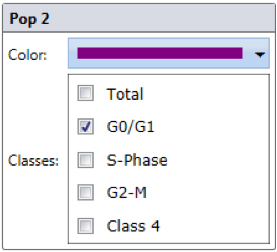 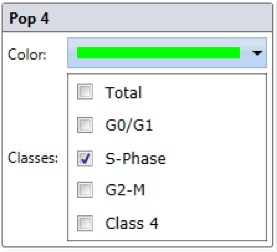 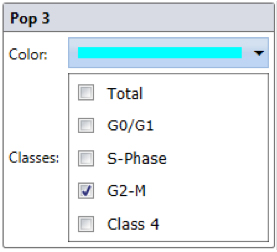 Step 4. The data is organized according to the plate map for each of the G0/G1, S- and G2/M class of cells.

Effect of Aphidicolin on Cell Cycle 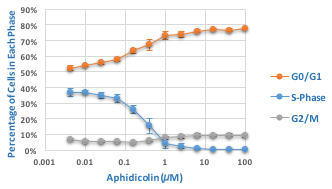