The Chimeric antigen receptor (CAR-T) technology focuses on generating a genetically modified t-cells that can directly bind to, and attack cells of interest. The CAR-T cell is comprised of an antigen-specific binding domain that is fused to the genetically engineered activating motif. Once expressed on the cell surface the CAR-T-cell can then target and attack the specific targeted cells. 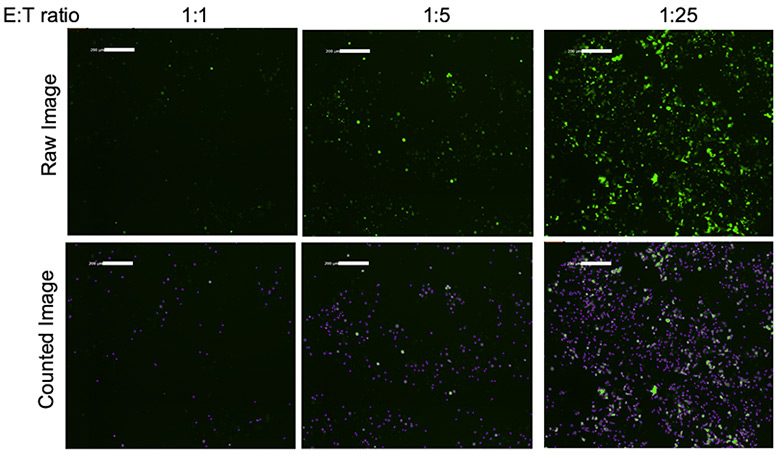 The y-axis is showing the fold change in the number of GFP positive HEK293 cells in comparison to 0-hour time point. The greatest CAR-T cell killing was observed after a 42 hour incubation period. The CAR-T cells were effective in killing the HIV expressing HEK293 cells at both 1:1 and 1:2 E:T ratio 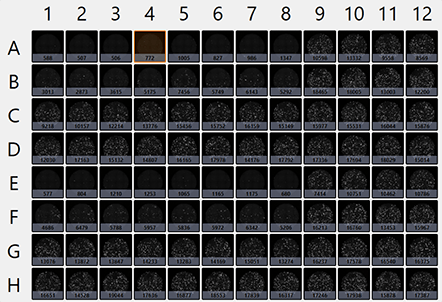 The entire plate was scanned and analyzed in 10 minutes. The plate level view shows a thumbnail picture of the full well scan as well as the number of GFP positive cells the software identified and counted.