Given the current state of the world, viral infection experimentation has become an increasingly important research topic. Viruses can be tricky as they each have their own method of infecting cells and vary in their rate of infection. When trying to understand these distinctions it is important to have a starting viral titer or MOI. There are many methods to determine a viral titer, with each having its pros and cons, however the increasing need to have high-throughput methods to determine viral titers are ever-pressing.

Viral titration analysis methods can be divided into two main categories, functional or non-functional. Non-functional assays include viral antigen ELISA, reverse transcriptase activity through qPCR, or viral RNA quantification using qRT-PCR. These methods are plagued with overestimation of true viral titers. Viral antigen ELISA can be a very sensitive output for viral titration but free antigen as well as non-functional viral antigen can skew results. qPCR can identify the smallest genomic copies of a viral genome but results will also be hindered by non-functional viruses. Determining reverse transcriptase activity in a cell is a great starting point for viral titration but it cannot definitively give a direct output of active viral copies.

Functional titration methods are much more adept at identifying true viral infection numbers by assessing direct viral transduction in live cells. Some functional methods include plaque assays and fluorescent viral reporters. These assays identify viral activity by scoring regions of dead cells (plaques) due to viral lysis or fluorescent expression from reporter genes incorporated into the viral genome. Both of these methods are direct measurements of viral infectivity and give a precise viral titer value based on live cell number and limiting dilution of viral supernatant. 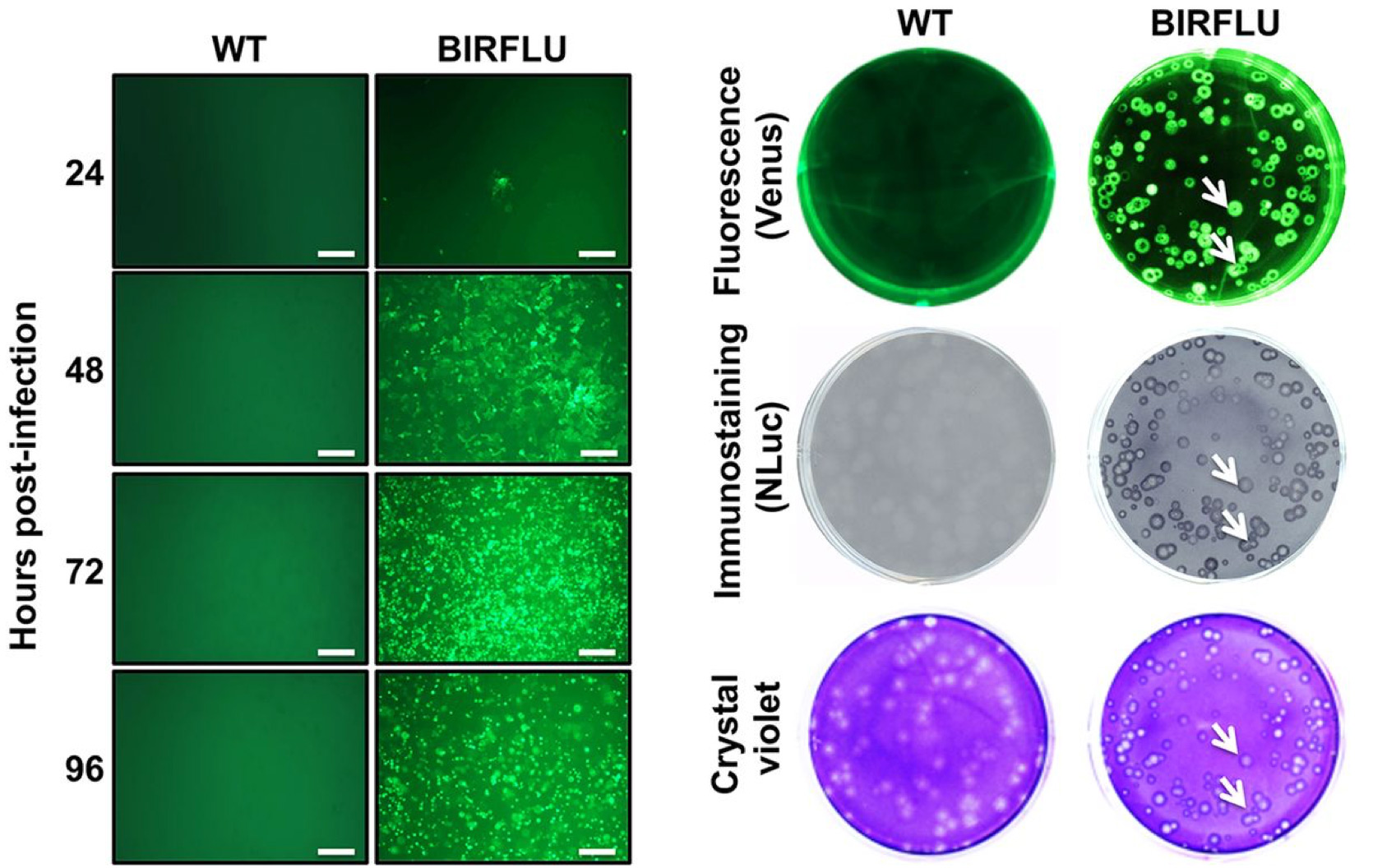 A major challenge with any viral titer assay is being able to quickly assess numerous samples accurately in a high-throughput fashion. Functional titration methods such as plaque and fluorescent assays are most adept for expansion into high-throughput analysis but are limited by proper instrumentation. The Celigo Image Cytometer is one such tool that can bridge the gap between accurate viral titration analysis and rapid high-throughput capture.

How can the Celigo Image Cytometer make viral titration assays easy to perform?

Whole-well rapid imaging is the answer. The Celigo can capture images of entire microwell plates in a matter of minutes while simultaneously counting individual cells to determine infection rates. This works extremely well with viral fluorescent reporter systems as every individual cell can be identified by using a brightfield image, or for better accuracy a nuclear stain such as Hoechst or DAPI, and then scored for the presence of a fluorescent signal.

Viral titers can then be extrapolated through serial dilutions of virus particles. GFP expression percentage of the total cell line would increase with larger amounts of virus added and can easily be plotted to generate an IC50 curve if necessary. This information can also be effortlessly compared to traditional methods of fluorescent viral titration i.e. FACS analysis.

Viral titration can be a limiting step in high-throughput screening for potential vaccine candidates. Determining the titration method, whether it be functional or non-functional, can either increase accuracy and allow for expandability into high-throughput analysis or limit the outcome of said experiments. Regardless of the method of choice, coupling this method with a rapid image and cell analysis system can drastically improve the outcome of countless experimental hours.

About the Author: Charles Hernandez

Charles received his PhD from Yale University studying the importance of epigenetics and chromatin structure in the context of stem cell biology. After his studies, he joined Nexcelom as a Field Application Scientist to work directly with research scientists and clinicians to understand their research workflow and offer better tools to improve their everyday life.